A couple of months ago, I had the opportunity to 'play' with a watch I really like. Actually, I saw the watch on the day before I left for a holiday. The watch is the Omega Ploprof 1200.

I have always liked the Ploprof, regardless if it the 600 or 1200. But of course the 600 would be awesome. But I got to see is the 1200. One of the main problem I have with the watch is the name. I always get the spelling wrong. 😊 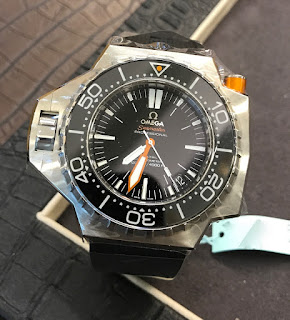 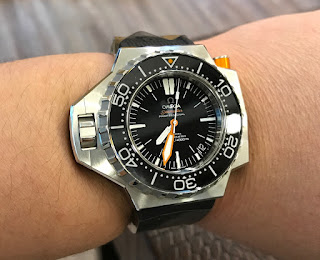 The watch on the wrist. The beautiful thing about the watch is its lugless design. This makes the watch wearable even on small wrist. Trust me, its not that big. The only problem is its weight. This was resolved (somewhat) in 2015 with the introduction of the Ploprof case in Titanium.

Yeah, Omega added to the collection a few more variations to the watch. Different colors, different case, different movement. The basic change is the introduction of the Master Chronometer Caliber 8912 (vs the 8500 in the 2009 reissue). Omega also introduced the ceramic bezel insert as opposed to the sapphire crystal bezel insert. The date display was removed and a display back was also introduced in 2015.

As far as I understand, both the original 2009 reissue and the 2015 (updates) are being offered, but thus far, I have not seen many boutiques or shops carrying this watch. 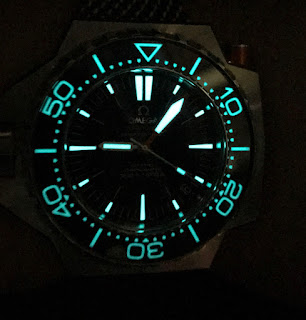 As luck would have it, a friend has one and I hope to do a review of the watch soon. 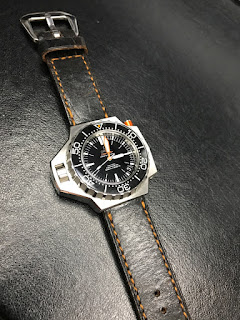 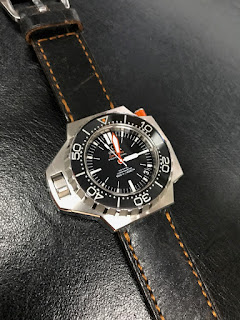 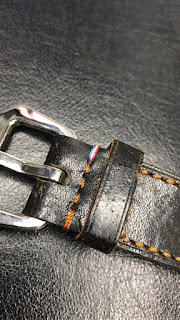 The French colors forms part of the stitching. I like. Most appropriate don't you think so.