A Journey Through Time VIII

Starhill Gallery is playing host once more to Asia’s premier watch and jewelry showcase – A Journey Through Time. Endorsed by the Ministry of Tourism and Culture, Malaysia, the annual event has firmly establishing itself in becoming well-known worldwide for bringing together the most prominent names in the global watch and jewellery industries. 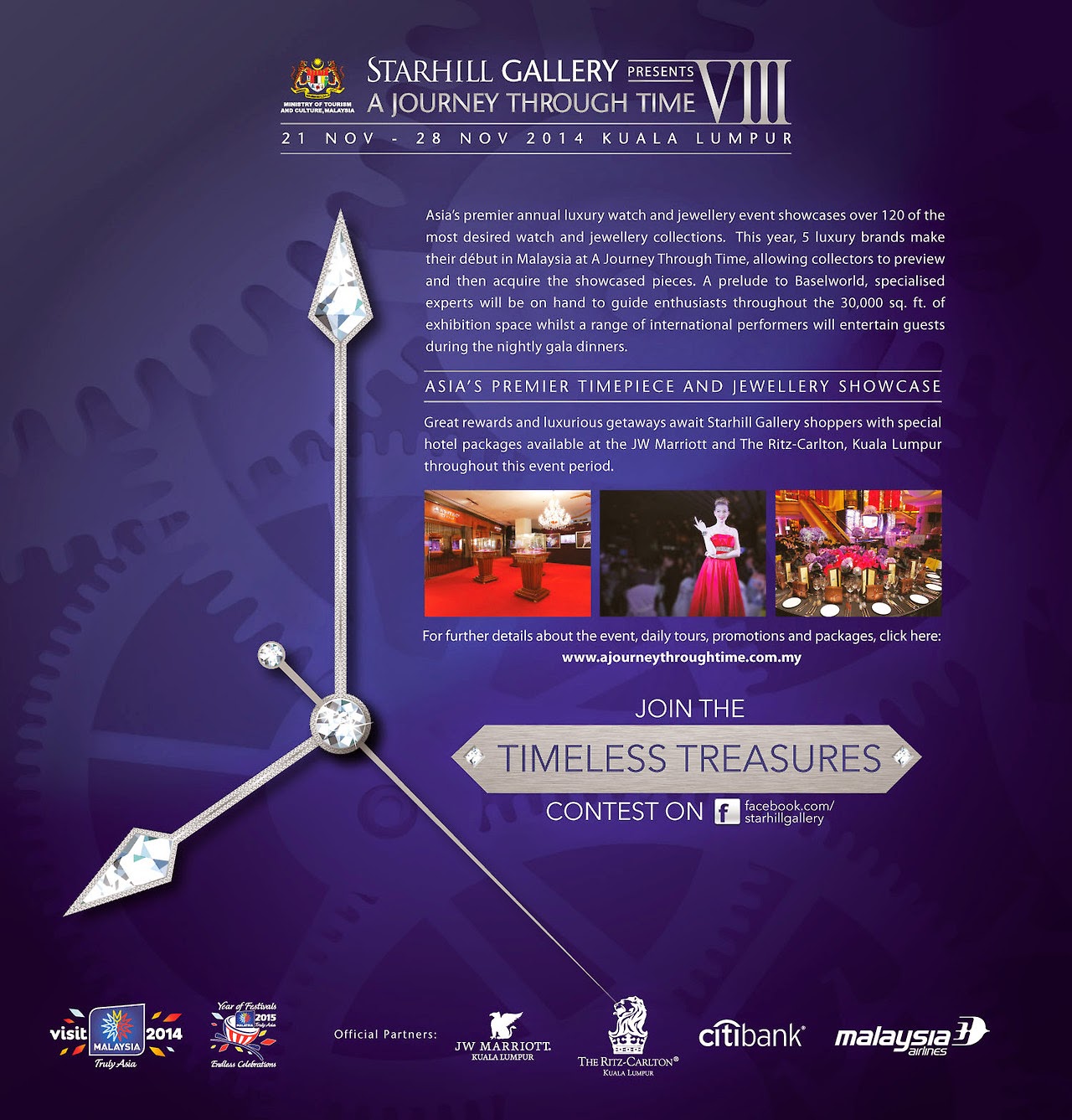 Celebrating its eighth edition, A Journey Through Time VIII will be held from 21 – 28 November 2014 and is destined to be a powerful prelude to Baselworld with rare private collections, first-in-market editions and exquisite pieces from over 125 luxury brands, 5 of which are debuting in Malaysia, being featured during the eight day extravaganza.
In conjunction with the A Journey Through Time 8 showcase, daily programmes that will enrich your experience of sheer indulgence are also lined up. These include insightful talks, special workshops and presentations by prominent experts as well as specialists in timepieces and jewellery. Eric Ong
Eric Ong founded Bonfield Pte Ltd in 1985 as an independent watch restorer and appraiser in Singapore. With 30 years of experience in horology, Eric Ong started his career under the tutelage of esteemed German watch master Horst Frederic Wege in the early 1980s, which led to his extensive training with ETA and other renowned watch houses at their technical training centres located in Vallée de Joux, Switzerland.

Driven by a lifelong passion in horology and also trained in fine jewellery craftsmanship, Eric is a tireless advocate of fine workmanship in watch restoration. With his vast technical expertise, Eric has earned a well-respected reputation in the horology industry in Singapore and internationally. In 2005, American International Assurance (AIA), in recognition of his skills, appointed him as their official watch appraiser.

Over three decades, Eric has received industry accolades from publications such as Timecraft, The Peak, Tic Talk, Timewrekz and The Straits Times, and television coverage on Channel News Asia, Channel 5 and Channel 8. Together with his team of disciples, Bonfield offers a range of services from restoration to authentication and appraisal of timepieces for an international client base of watch collectors. 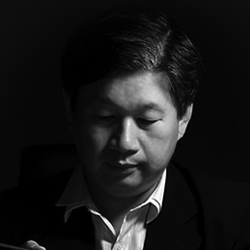 Edward Kong
A renowned pioneer in the field of pearl cultivation, Edward Kong has always been an ardent cultivator of the Golden South Sea Pearl since 1994 when he was working at his father’s pearl farm near the diving paradise of Sipadan, Sabah.

Edward Kong's pearls come in three major colours - white, champage and gold and its secondary hues. Being a pearl lover who is persistent in upholding his brand’s quality, Edward Kong’s successful pearl cultivation stems from combining Japanese, Australian as well as homegrown Malaysian methods. His pearls have since been exported to Japanese and Australian dealers who marketed them to international jewellery houses and sold under exclusive brands. 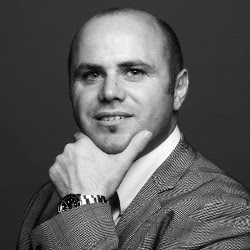 Thierry Gasquez
Thierry Gasquez is the president, editor and founder of the eminent horological French website www.passion-horlogere.com. He has picked the minds of many of the world's leading horological exerts and professionals in the timepiece industry. His enthusiasm for watches and his extensive knowledge of the different types and the intricate details that are put into crafting them is second to none, all of which combines to allow him to be able to ask all the right questions when it comes to exquisite timepieces. 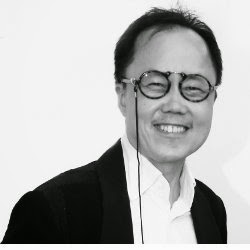 Dr Bernard Cheong
Known as the only Asian who has presided over both the Grand Prix d'Horlogerie and Fondation de la Haute Horlogerie, Dr Bernard Cheong began collecting watches at the tender age of 15. He first came under the public spotlight in 1998, when he acquired the most expensive watch made by a then-unknown watchmaker, Vianney Halter which was priced at USD $98,000. Dr Bernard Cheong has gained a lot of influence and fame in the watch community through sharing his insights and unique perspectives online. Identified as a renaissance watch collector, he is highly sought after by watch collectors, connoisseurs, celebrities, law enforcement and banks to acquire and identify art pieces from the timepiece industry. 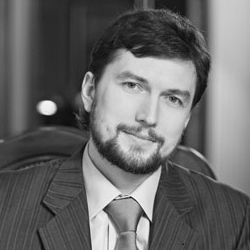 Viktor Moiseikin
Viktor Moiseikin launched his eponymous fine jewellery brand in 1993 inspired by Russian jewellery traditions, a passion for colourful natural stones and a great desire to express his own original ideas. By that time he had accumulated deep understanding and knowledge in the History of the Russian Luxury Art.

A descendant of skillful builders, designers and painters among his ancestors, Viktor Moiseikin managed to combine his artistic talent with brilliant education in International Management, Engineering, Physics and Economics.

Admission is free & open to the public for the talks and workshops. 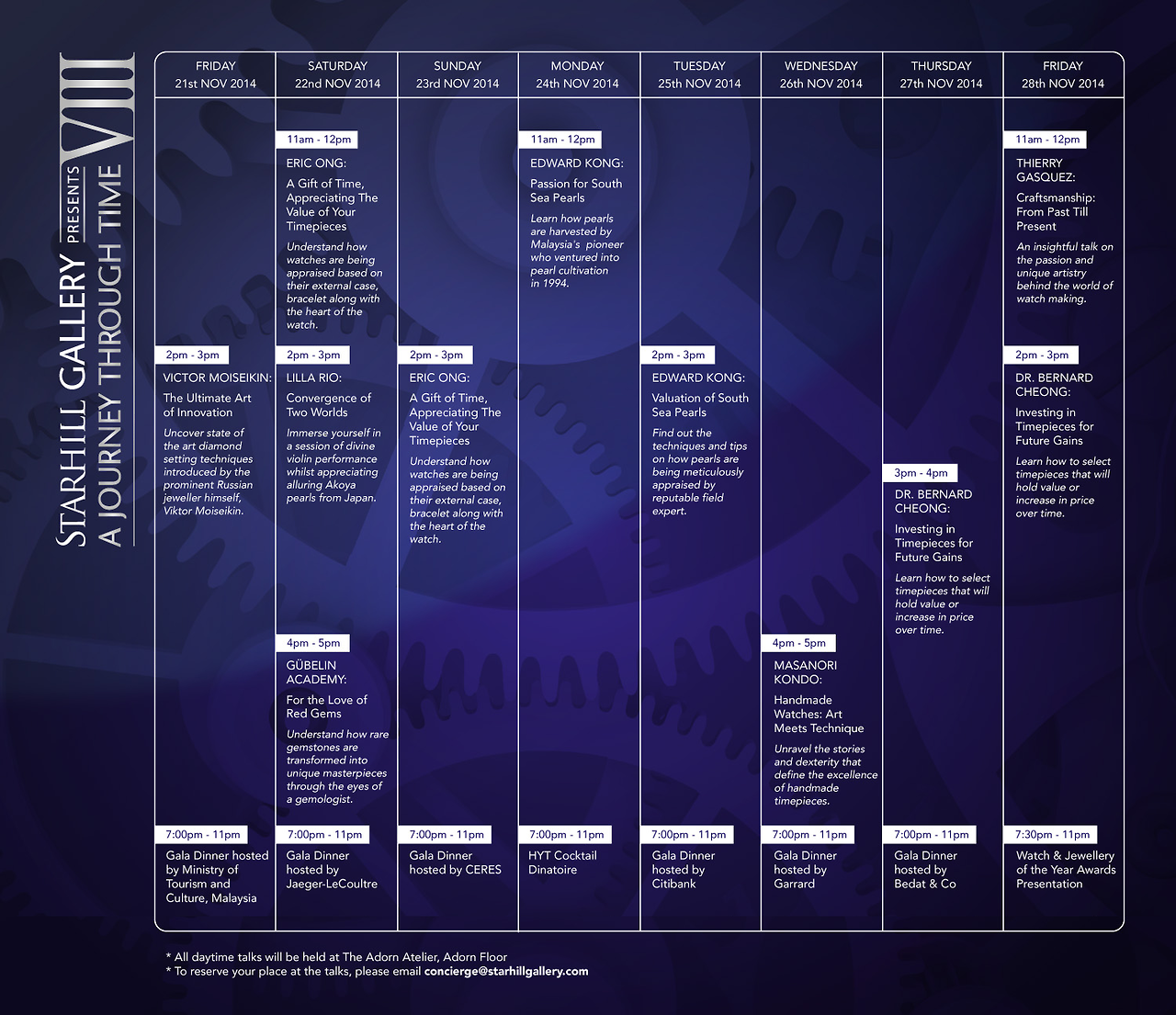