The people at Christopher Ward has been busy. They have launched a new limited edition watch in the C70 DBR1 watch. This watch is a limited edition run of only 500 pieces. The watch is in commemoration of Aston Martin winning the 1959 Le Mans 24 hour race.
The design and colours chosen for the watch is based on the car that won the race. Actually the car, the Aston Martin DBR1/300 car came in 1st and 2nd. The car that won the race was driven by Roy Salvadori and Caroll Shellby. Both the drivers name adorn the case back of the watch.
The DBR1 car. You will see the design cues taken from the car and adopted into the face of the watch. 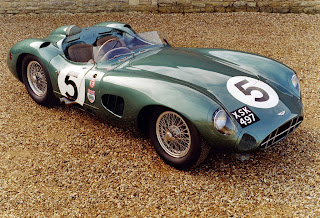 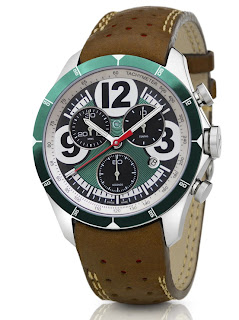 The beautiful case back. 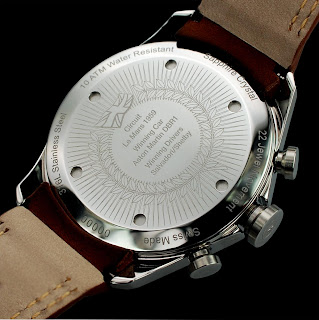 A bit of trivia. Ever wondered why Aston Martin cars are called DB 5 or DB 7? Well the cars are named after David Brown Racing. David Brown bought Aston Martin in 1947 and as a result every Aston Martin car has been given the DB or DBR prefix.
Why did the British choose green instead of its usual national colours of red, white and blue? Well these colours were already taken by Italy, Germany and France respectively. The colour came about during the 1903 Gordon Bennett Cup race held in Ireland.