Yes, I finally succumbed and got myself a base watch. My collection consist mainly (in fact all) of Panerai models with the seconds hand on the sub dial. I was never into the base model as I like to see the seconds hand as it shows that the watch is 'alive' and ticking away.
That finally changed when the PAM00390 came out. No, I have yet to get one (I am on the wait list). It looked pretty good, well from the photographs anyway. So I decided to do a bit more research into the base models.
One of the most interesting articles I found are these:
Panerai 5218 Logo
Pre A Panerai
That got me interested in the base models. I perused the Internet looking at photographs of PAM00000 and PAM00112. I even had a look at the PAM00210, the base Radiomir. I was tempted to get this one as it is as close as you can get to the PAM00232 or PAM00021 (the grails of grails).
OK, I know, a post such as this is useless without photographs. So here are the watches I was referring to.
PAM00021. Only in my dreams. 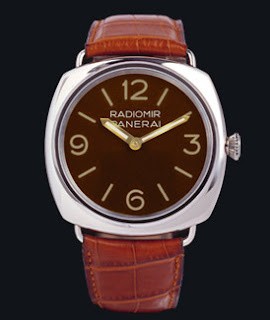 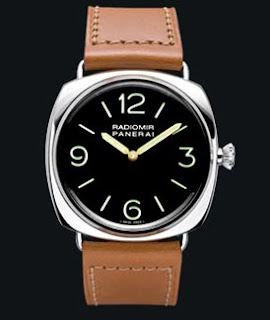 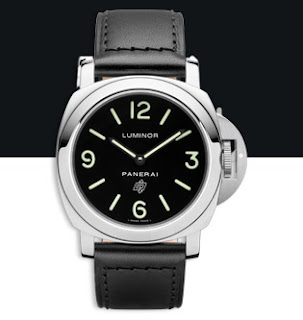 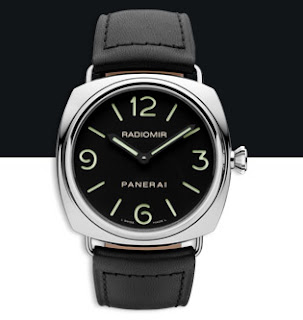 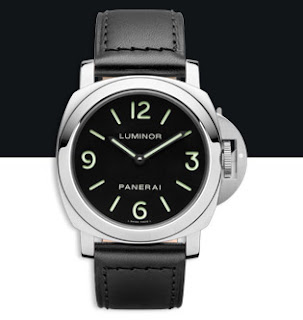 Photographs: Panerai
Anyway back to the story. The more I read about the watches, the more I understand why it has to be the PAM00000 or the Zero. It is as close as you can get to the Panerai 5218-201/A Logo, the post vintage but pre-Vendome watch.
With that decision made, I had a look around to see if I wanted to get it new or pre-loved. This is where things got a bit complicated.
I realised that somewhere in the lifespan of the PAM00000, Panerai made a little change to the model. Evidently sometime in the M series (year 2010), Panerai changed the hands to the longer lume hands. This made the PAM00000 with the longer lume hands a step closer to the original.
The 5218-201/A. Note the longer lume on the hands. The luminous material is up to the edge of the hands. 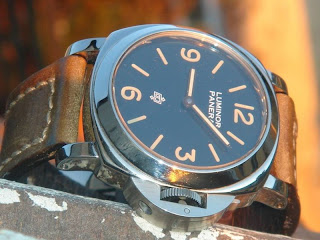 Photograph: amanico
More researched (but not fully confirmed) points towards the models in the M series above millesimation 1,000 had the longer lume hands which coincided with the OP number being OP6834 and serial number beginning with BB. The older PAM00000 had the OP 6728 and serial number beginning with PB.
Now this is where it gets more interesting. I would have thought that the N series (year 2011) would have the long lume hands, but evidently not. I have seen photographs of N series watches with the shorter lume hands. However the OP is the OP6834. Emmmm......


Anyway I got mine from the Boutique and it has the longer lume hands and the op is OP6834, but the millesimation is above 1,000. Perhaps it is the same for the N series as the M series? Who knows.
My PAM00000. The logo which is a graphic representation of the OP (Officine Panerai). 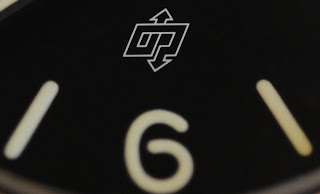 The longer luminous material on the hands. 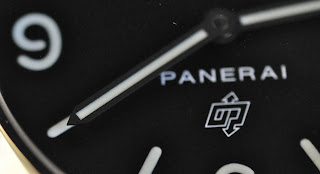 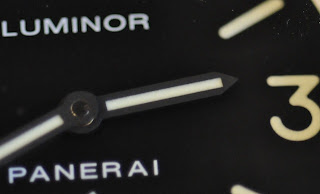 I have to say that I do like the plain and simple face of the watch. 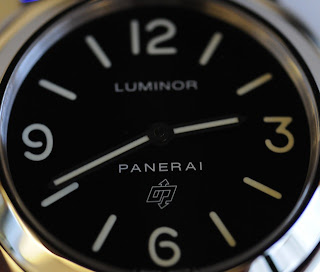 UPDATE:
I have seen N series with OP6728 serial number PB with the normal hands.
Posted by Ivan at 16:44