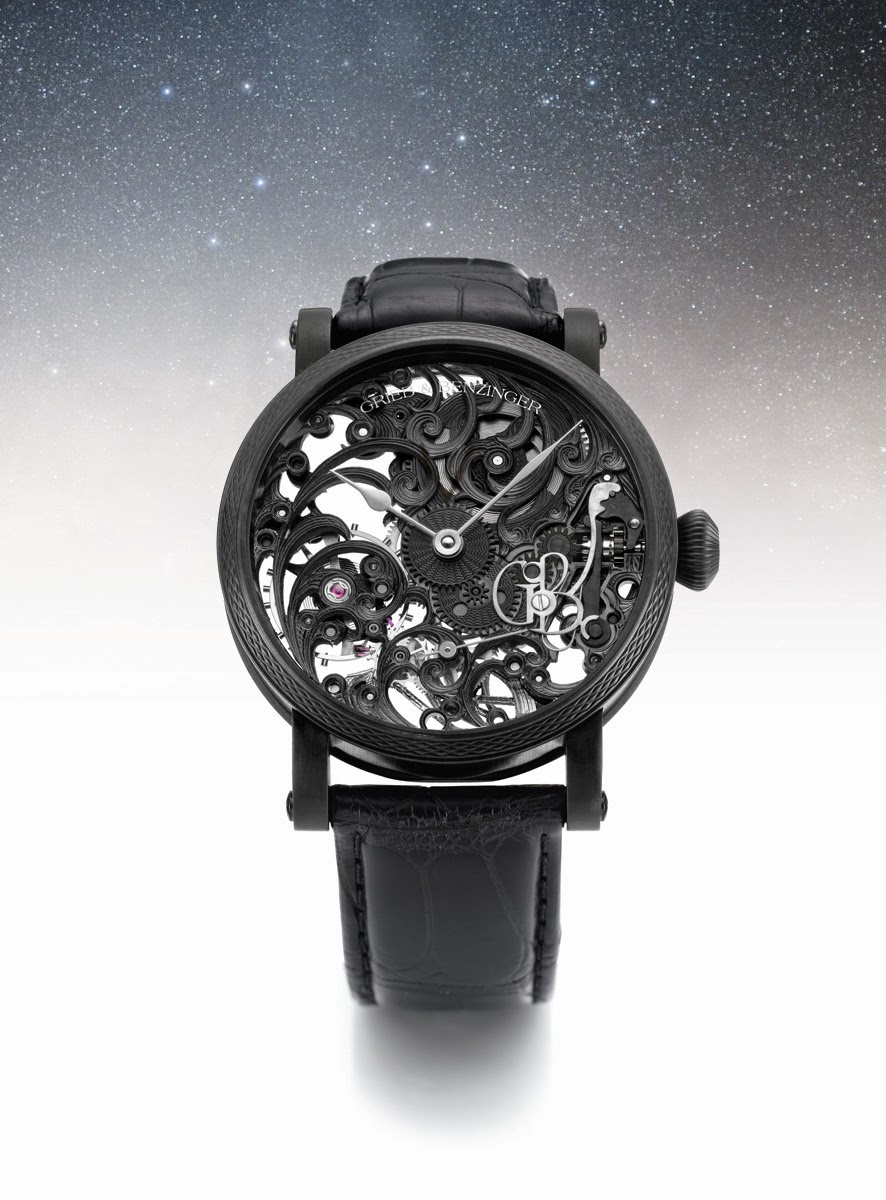 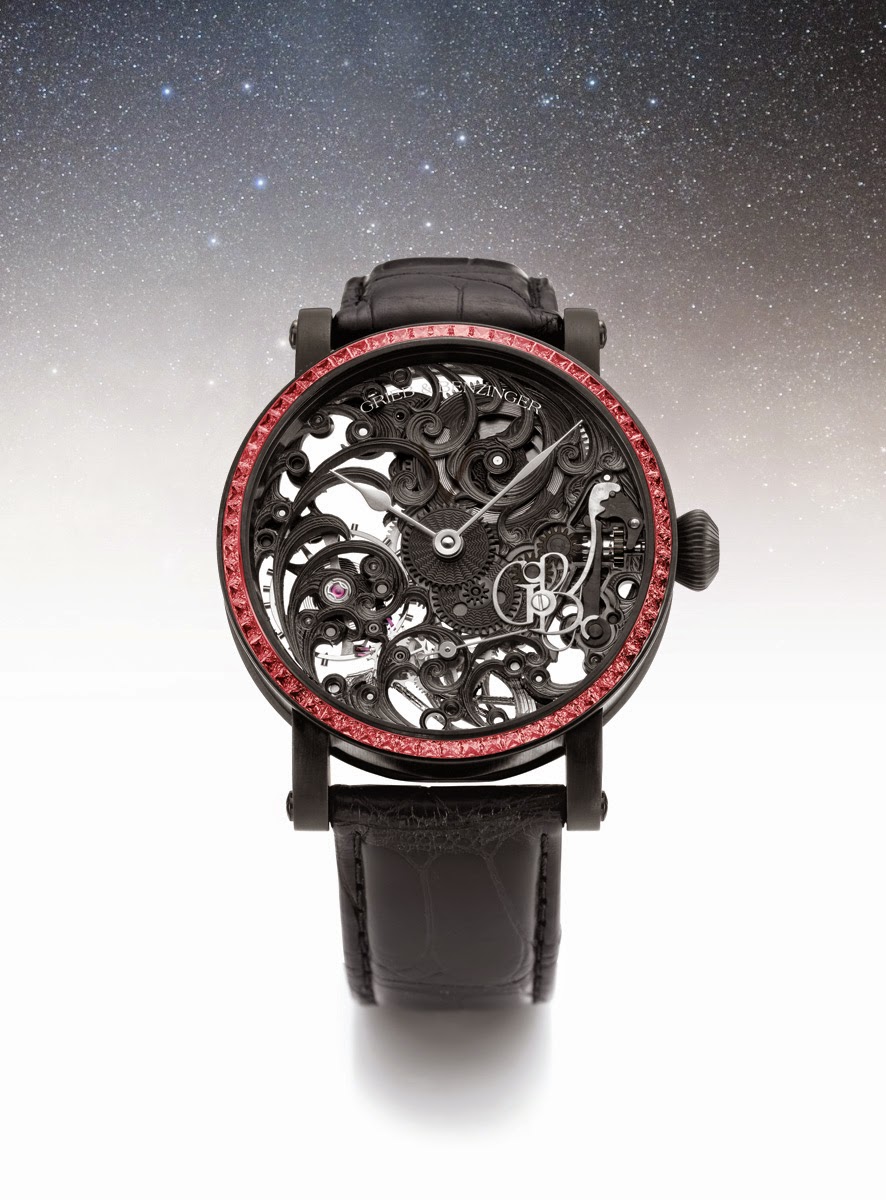 As so often the case with GRIEB&BENZINGER’s masterful skeleton watches, these new creations are the result of inspiration from an ambitious watch connoisseur looking for incredible, understated skeleton watches that nonetheless proffer value and handcrafts, but in an “invisible” way. Naturally, they are imposing in a mechanical sense, but the casual observer will already be impressed with their cool looks.

The interesting collector request inspired GRIEB&BENZINGER`s CEO and creative whirlwind Georg Bartkowiak to transfer the brand’s bestseller ― the BLACK TULIP ― into a never-seen-before platinum execution. The classic BLACK TULIP already stunning as it is, has been transformed into a glamorous, yet simultaneously understated, high-end timepiece boasting an all-black appearance. The idea of the totally understated value of solid Platinum (PT950) beneath a blackened surface in combination with pure hand-skeletonization appealed to this client’s ideal of discreet taste. A lavish, almost cheeky, way of expressing understatement that is as-yet unmatched in the world of luxury timepieces.

Making it even cooler, the masters of GRIEB&BENZINGER combined this understated look with an expressive, eye-catching bezel pavé-set with 66 red diamonds in the exclusive Princess cut to create a second watch.

The CENTURION is remarkable in its understatement, though it remains highly valuable. The dramatic CENTURION IMPERIAL is perfectly topped off with a bezel set with red Princess-cut diamonds. Like every GRIEB&BENZINGER creation, these watches are exceedingly rare. 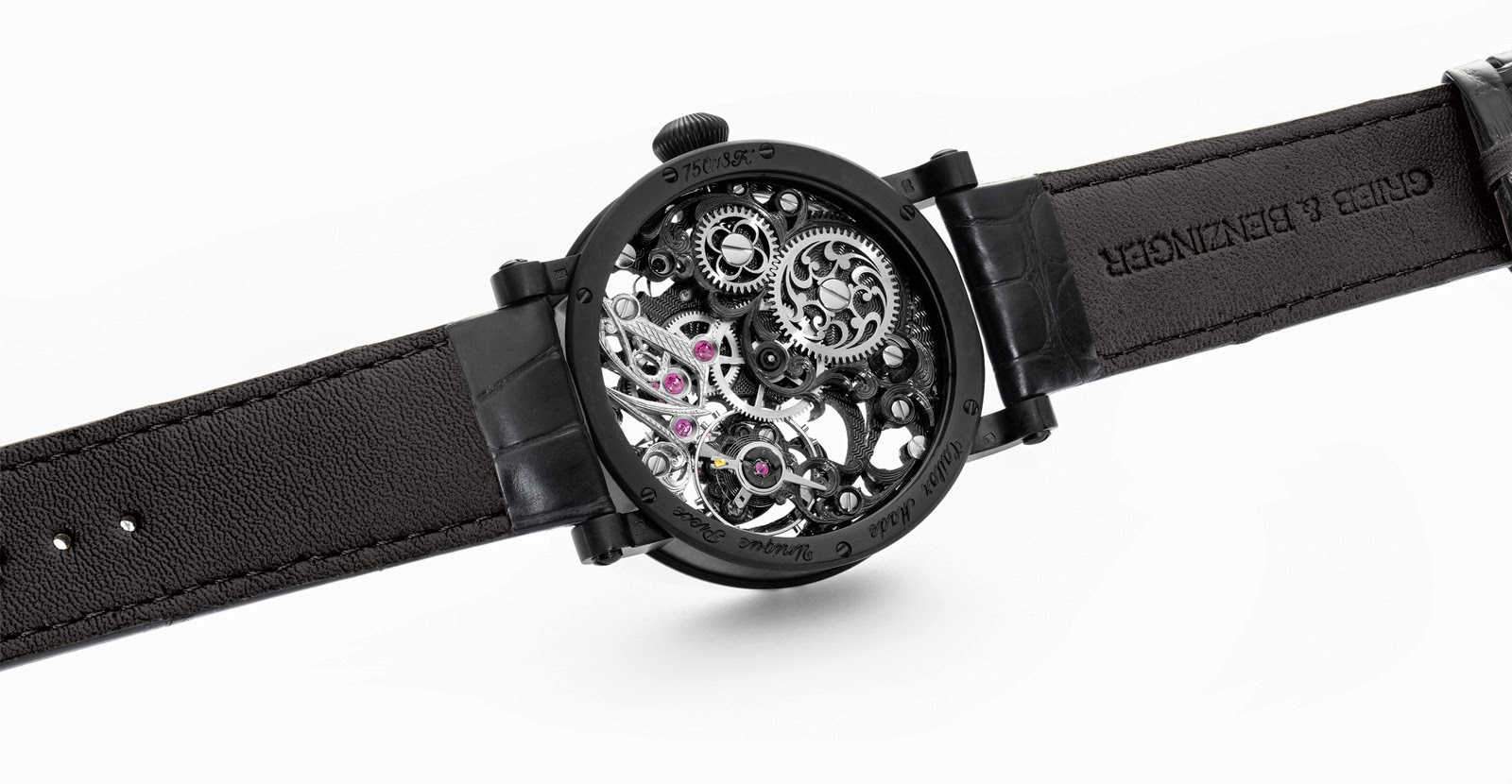 Photographs: Grieb&Benzinger
Posted by Ivan at 16:37