Seiko is celebrating the Mobile Suit Gundam’s 40th. Anniversary with 3 models. These models will be within Seiko’s Prosper line of watches. The three watches are the SBDB033, SBDX029 and the SBDX027.

The Seiko Prospex LX Spring Drive GMT SBDB033 gets its inspiration from the RX-78-2 Gundam. The watch will be rendered in white, blue, yellow and red. The watch has a titanium case (44.8mm diameter) and is rated to 100M. The GMT ceramic bezel is rendered in white and blue with the 12 o’clock maker on the bezel designed to resemble the RX-78-2 head sensor unit. The watch is powered by Seiko Spring Drive GMT caliber 5R66 that has a 72 hour power reserve. 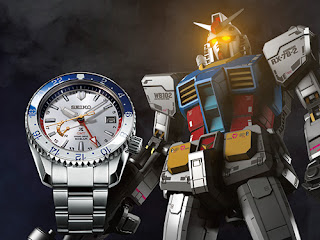 The watch will also feature the Earth Federation Force mark on the crown and caseback. The watch is a Limited Edition run of only 300 pieces and Taiwan will get 25 pieces. The watch is expected to retail at about USD5,660 and will be available in August. 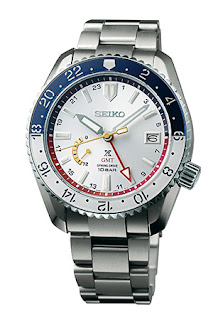 The second watch is the Seiko Prospex Marinemaster Professional Zaku II Limited Edition. The watch is known as the SBDX029 and also as the SLA029J1. Different model reference for different markets.

The watch is inspired by the one-eyed Zaku Mobile Suits used by the villains in the TV Series, the Principality of Zeon. It is rendered in green and is a 1,000M diver. It will be powered by Seiko 8L35 movement and has a 50 hour power reserve. The watch comes in at 52.4 mm in diameter and is 17.2 mm thick and is made of titanium. 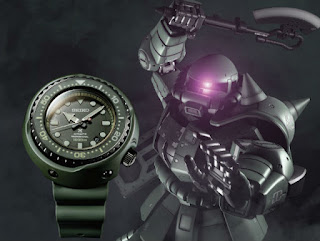 The watch will feature a red counterweight on the sweep seconds hand, reminiscent of the mechs signature mono-eye sensor (Zaku II cyclops visor). The chapter ring is also modeled after the power pipe of the Zaku II robot.

The watch is a Limited Edition of 1,000 pieces and Taiwan is allocated 50 pieces. The watch is expected to retail for about USD3,600 and the watch should be hitting the market now. 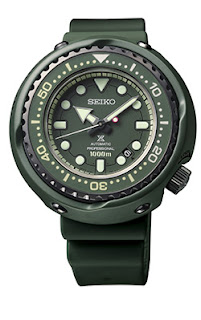 The last watch in the collection is similar to the SBDX029, with the difference being the colour. The Seiko Prospex Marinemater Professional Char’s Zaku II (also known as the SLA031J1) is inspired by the Mobile Suit of Char Aznable. Char Aznable is the bad guy of the TV series. 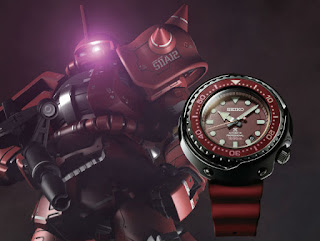 The watch is rendered in red (crimson) and black (shroud) and will feature the personal crest of Char Aznable. The watch is also a Limited Edition of 1,000 pieces and again Taiwan will get 50 pieces. Pricing is the same as the SBDX029. 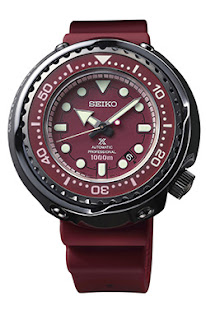 For more information, please refer to your local Seiko distributor.