I spotted this when I was out shopping...

Thinking it was just another Star Wars watch, I did not bother until later in the day when I passed the shop again. I went in to have a better look.. 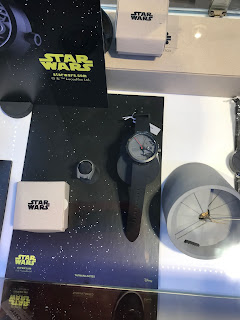 This is what I saw. Now this is interesting... 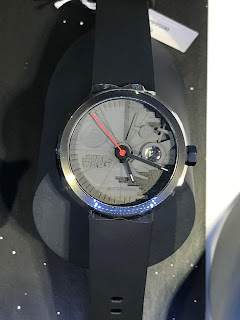 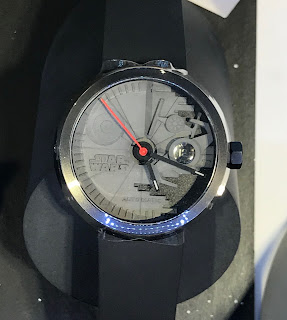 Closer view of the watch. I have no idea about the watch but I had to find out more. Sadly there was no one at the store to ask...  :(

What I found out from the Internet...

The watch is made by a Taiwanese company called 22Studio and before anyone ask, yes the product is an official product with Disney. Evidently they have been making watches for sometime and their first product was via Kickstarter and was a success.

Anyway on to the watch.... watches.

There are 2 watches in the collection and within each model, there are two finish, PVD Black and Stainless Steel. The PVD Black finish versions are Limited Edition watches of 100 pieces each.

But before we go into the details of the watches, I found out that the company is known for producing watches with concrete dials. And these watches have the same concrete dial. You can see the dials below. 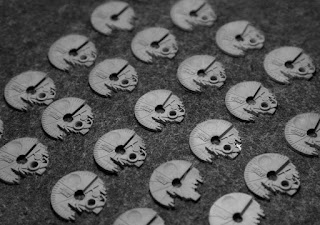 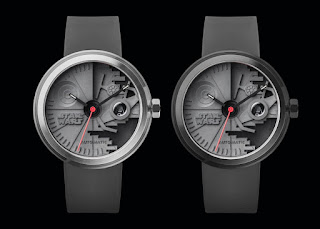 This is the Darth Vader model and there two finish. The watches are powered by the Selita mechanical movement. Sadly I could not find out more details about the watch 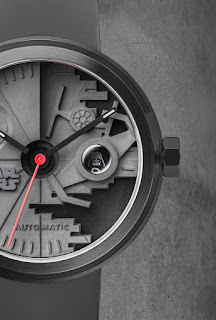 The unique aspect of the watch is the date wheel. Instead of having the number 4 it has the face of Dart Vader. May the Forth be with you?

More pictures of the watch.... 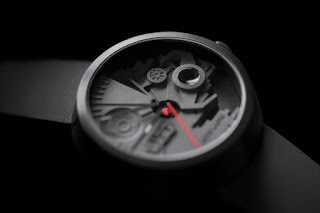 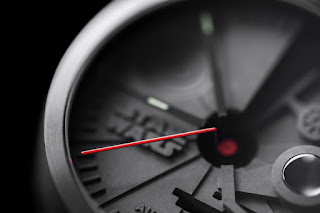 I have to say that it looks good. The dial is basically the Death Star II and the Tie Fighter. I understand its Darth Vader's and its flying out of the Death Star. 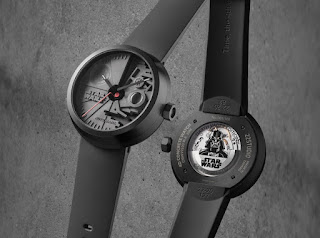 The PVD Black version retails for NTD28,800 while the stainless steel version is NTD27,500.

The other watch is a quartz powered version and the dial shows the Death Star II. The quartz movement is sourced from Miyota. 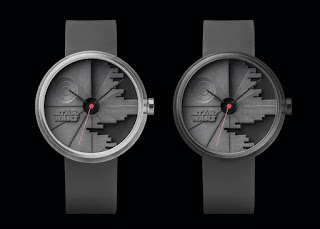 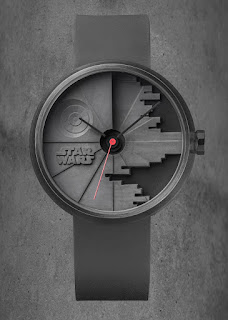 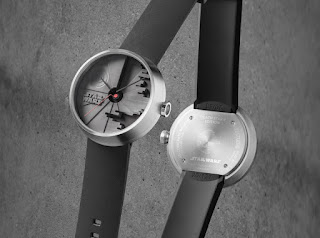 There are two versions as well. The PVD Black version is again a Limited Edition of 100 pieces. The PVD Black retails for NTD12,800 and the SS version, NTD11,500.