Wow, looks like Casio will be releasing the solid gold G-Shock that they showed in Basel 2015. The original watch, known as the Dream Project watch is a once off G-Shock based on the GW-5000-1. 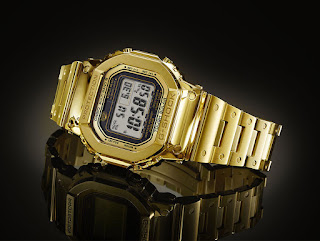 The new watch, reference G-D5000-9JR will feature a 18kt gold case and bracelet. 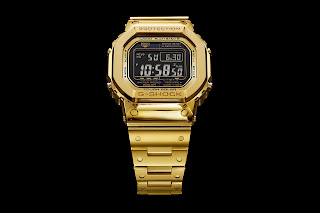 From the photograph above, it looks like the watch has a new module. It looks like it does not have the bluetooth capabilities of the GMW-B5000TFC-9 or the GMW-B5000GD-9. It is important to note that both these watches are ion-plated gold and is not solid gold. 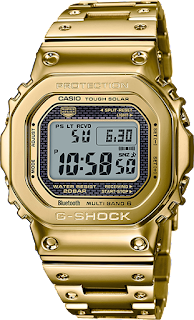 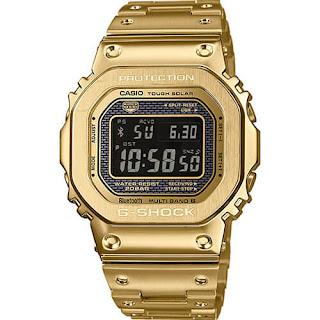 The new watch, G-D5000-9JP, will be a limited edition of only 35 pieces and it is expected to retail for 7,700,000 yen or about USD70,000. It will (at the moment) only be available for pre-order in a number of Japanese Casio Boutiques. The pre-order will start on May 19 with the watch expected delivery in December 2019.

The watch specifications is similar to the Casio GMW-B5000, minus the bluetooth function.