Time Factors have released its latest watch in the form of the Precista PRS-22 GMT. This is the first GMT watch from Time Factors. The PRS-22 GMT is basically the same watch as the popular Speedbird III PRS-22 but with an added GMT complication. In fact the PRS-22 GMT and the PRS-22 share the same case, quality and finish. 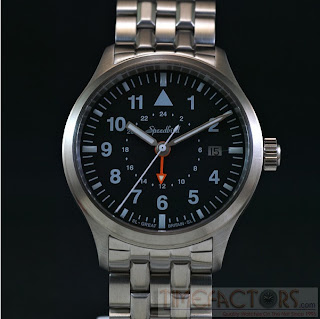 The GMT is displayed by an inner 24-hour scale. The GMT hand is rendered in orange and it is great that it reaches the 24 hour markings. The font and size of the markings is just right as it does not 'crowd' the dial, but is still legible.
The ETA 2893-2 will power the PRS-22 GMT. This movement is an automatic 21-jewel movement that has an independent adjustable 24-hour hand, making this watch a true GMT watch. These movements have been adjusted to a very high accuracy. It will also feature a quickset date at the 3 o’clock position. 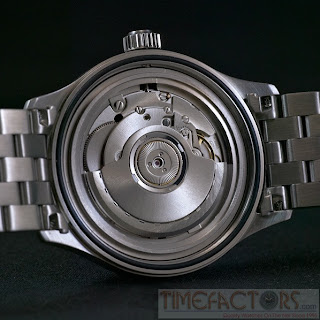 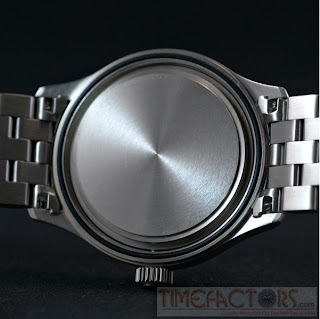 The watch comes in at 39 mm in diameter and is 11.9 mm thick. Lug to lug measures 46 mm. It will be fitted with a domed sapphire crystal and is water resistant rated to 10 ATM. It has also been tested to 0.4 ATM of negative pressure (important for pilots). 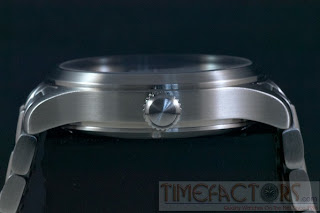 Presently, only 100 pieces will be offered for sale, with a possibility of another 100 pieces perhaps later in the year. The watch will retail for about USD 670.
For more information:
Precista PRS-22 GMT 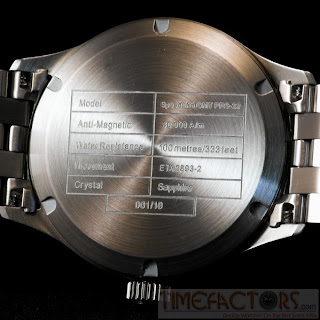 However, the lume is great. 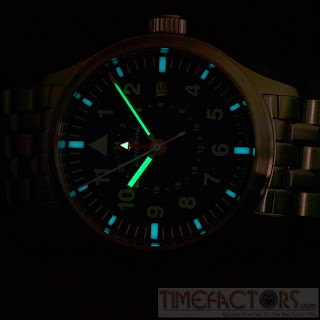