Before we proceed, a bit about C3H5N3O9. It is actually the molecular formula for nitroglycerine. Now it is a horological experiment, founded by Felix Baumgartner and Maximilian Busser, assisted by Martin Frei, Cyreno Devanthey and Segr Kriknoff.

So what is the ZR012 Black? Basically it is a time piece that uses two Wankel engine inspired Reuleaux polygon rotors tracing epitrochoid curves to tell time. That was a mouthful. :) The movement is cased in an asymmetrical blackened zirconium case with articulated compound lugs. 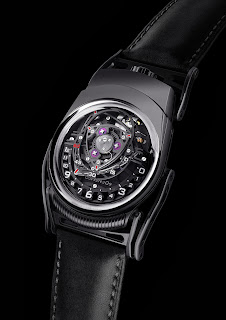 What looks like centrally rotating triangular rotors are actually Reuleaux polygons. These polygons rotate eccentrically rather then in circles. And these polygons tells the time. This system of time telling is inspired by the Wankel orbital engine. The hours is indicated by the lower rotor along the front of the dial while the minutes are indicated by the smaller upper rotor. 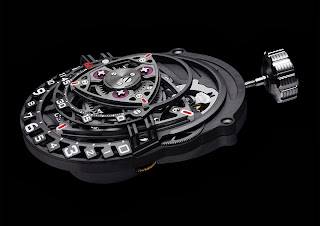 The case is made from black PVD treated zirconium (similar to titanium). The case comes in at 55mm by 44mm (lugs not included). The articulated rear lug and compound front lug wrap ergonomically around the wrist. 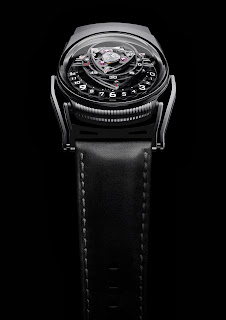 The power reserve indicator on the case back. 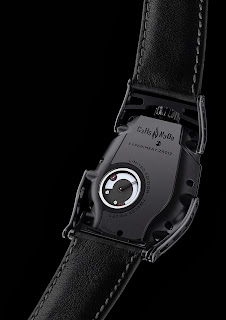 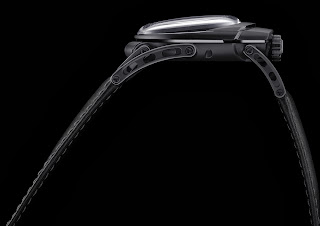 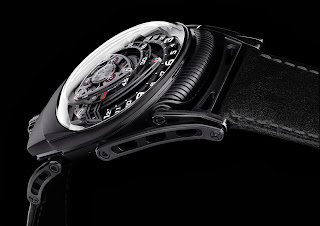