What watch is it?

I was watching the documentary "James May On the Moon" when I notice the watch on Astronaut Charlie Duke hand during the interview between him and the host, James May. I was wondering what is the watch Charlie Duke wearing at that time.
Anyway before we get to the watch, a bit about Charlie Duke.
From wikipedia:
"Charles Moss Duke, Jr. (born October 3, 1935) is a retired USAF Brigadier General, and a former United States astronaut and engineer for NASA. He is the tenth and youngest of only twelve people who have walked on the moon.
In 1969 Duke was a member of the astronaut support crew for Apollo 10. He then served as capcom for Apollo 11, the first landing on the Moon, where his distinctive southern drawl became familiar to viewers around the world.
As capcom, he became the voice of a Mission Control made nervous by a long landing that almost expended all of the module Eagle’s fuel. Duke's famous first words to the Apollo 11 crew on the surface of the moon were flustered "Roger, Twank... Tranquility, we copy you on the ground. You got a bunch of guys about to turn blue. We're breathing again. Thanks a lot!"
Duke was backup Lunar Module pilot on Apollo 13, however shortly before the mission he caught German measles from a friend's child and inadvertently exposed the prime crew to the disease. As Ken Mattingly had no natural immunity to the disease, Jack Swigert then replaced Mattingly as command module pilot. Mattingly would be reassigned as command module pilot of Duke's flight, Apollo 16.
Duke served as Lunar Module pilot of Apollo 16 in 1972 where he and John W. Young landed at the Descartes Highlands and conducted three EVAs, making Duke the tenth person to walk upon the surface of the Moon. He also served as backup lunar module pilot for Apollo 17.”
Astronaut Charlie Duke. 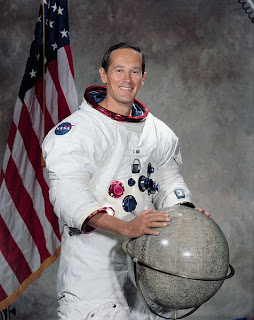 Photograph: NASA
As he is during the interview. 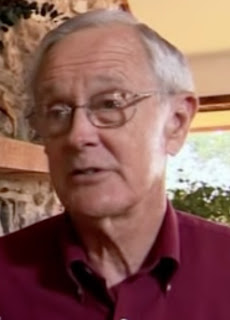 When he was Capcom. 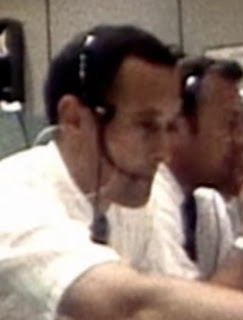 The watch in question. 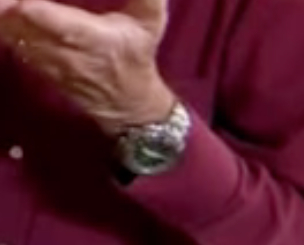 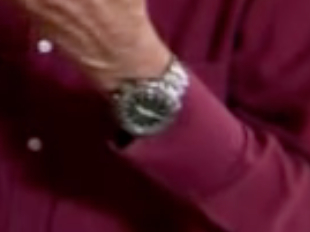 I suspect he is wearing an Omega X-33. This is based on the crown and elongated pushers above and below the crown. What do you think?
The Omega X-33 (1st Gen). 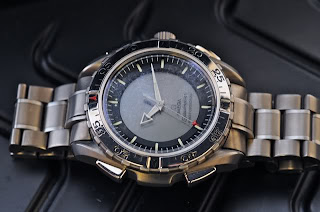