I got this Panerai National Geographic Atlas of the World during the launch of the Panerai Arktos PAM00092. Sadly I did not get watch. The Arktos Watch was a Special Edition Watch issued to commemorate the Arktos Expedition (20,000 km along the Arctic Circle). There were only 500 pieces made. The atlas is the 8th. Edition of the National Geographic Atlas of the World (Hardcover Edition). The only difference between the normal version and the Panerai Edition is the 'Panerai', 'Arktos Expedition' and Mike Horn signature at the bottom right corner of the atlas. 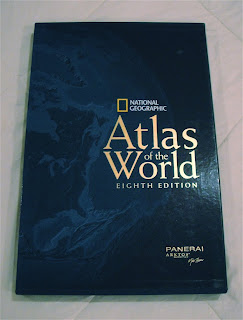 The atlas and its outer hardcover box (atlas on the left, both are signed). 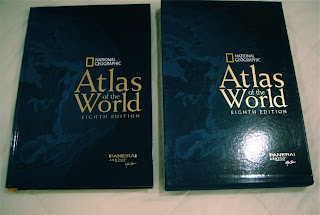 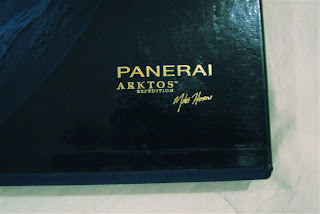 Along with the atlas, a booklet (of equal size) was issued by Panerai and charts Mike Horn Arktos Expedition which began on 4th. August 2002 and finally completed on 21st. October 2004. I will post a review on this booklet later. 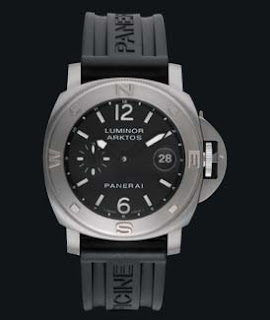 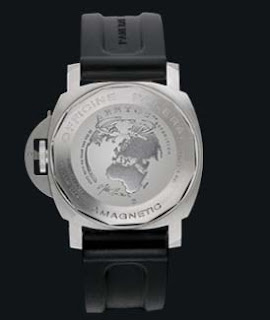 Photographs: Panerai
Posted by Ivan at 15:28